#9:  I am still in South Carolina, currently at the KOA in Ladson. I missed posting for a couple of weeks, guess I just needed to catch my breath. I had an enjoyable stay with Bev at his place in Ridgeville while the Wyoming was being worked on. Bev was a dairy farmer before he retired and the silos are a remnant of that time. They have the look of being left over from some ancient civilization. (By the way, Bev makes fine martinis!) I will be in Ladson until about the first week in May, and then I think I will visit the Smoky Mountains before wandering up north. Yesterday I talked to my brother who arrived at our campground in Southwestern New York State on April 13. They have had a frost every night and it has been in the 60’s only a couple of times so I will not be in any rush to get up there. 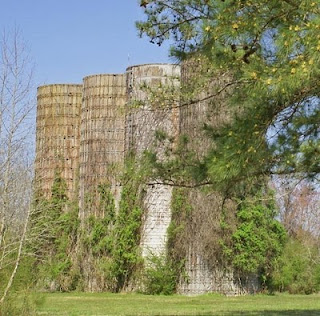 Once I had settled in at the KOA our discussion group had dinner together and then held a meeting in the Wyoming. We read Paper 75 “The Default of Adam and Eve” and Paper 76 “The Second Garden.” Chip is a new addition to the group and asks thoughtful questions. Bev had given him a book only a few months ago; a few weeks later he asked Chip what he thought. Chip replied “You know, it just makes sense.” After we finished reading Manning mentioned something he read on the UBthenews site. The article about Adam and Eve on the site (see Adam and Eve ) presents scientific evidence that a superior gene type was introduced about 37,000 years ago (see especially the section titled “Microcephalin haplogroup D research"). As you can see from the names, Bev has been active talking to his relatives about the Urantia Book and Joan gave him his first book many years ago. Except for one Sunday we have met every week while I am in town. We plan one more meeting before I leave. 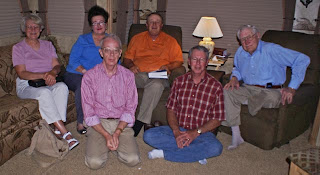 There are many beautiful gardens in this area; one that I especially enjoy going to in the spring is Magnolia Plantation and Gardens. The land was purchased in 1676 and the first house was built in 1680. The gardens are not as formal as the better known Middleton Place just up the road, but the reason I go there more often is because they have a swamp area which has interesting wildlife. 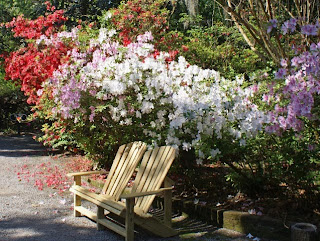 At one point I could see more than two dozen white egrets sitting on their nests! Some of them were still working on their nests and it was interesting to watch them. There was also a large alligator sunning himself. I had not seen the Little Blue Heron previously. 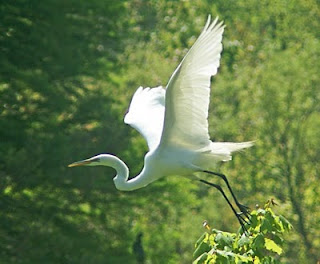 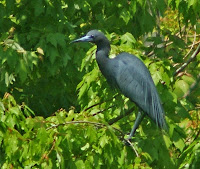 One last thought from The Urantia Book. When it was published in 1955 it stated that the chemical elements after number 100 would not be stable; at that time the heaviest element known was number 101, Mendelevium. In fact, the stability of the elements drops off rapidly after number 100; I am currently writing a short paper on this subject.
Posted by Doug at 9:21 AM