I am once again back at the Hidden Valley Campground near Jamestown, NY after an enjoyable experience at the Study Group Symposium in Madison, Wisconsin.  The symposium was held at Edgewood College, which has a beautiful campus and between the proceedings I was able to explore the grounds a bit.  There was good energy throughout the meetings and it was an invigorating experience; everyone benefited from the proceedings.  My own presentation was the last afternoon plenary and I was quite nervous beforehand, more on that below; however it went well and everyone had good things to say about it.  Let’s get started.

Since the symposium was for study group leaders, the theme for the quotations in this posting is Leaders.

Religion does need new leaders, spiritual men and women who will dare to depend solely on Jesus and his incomparable teachings. If Christianity persists in neglecting its spiritual mission while it continues to busy itself with social and material problems, the spiritual renaissance must await the coming of these new teachers of Jesus’ religion who will be exclusively devoted to the spiritual regeneration of men. And then will these spirit-born souls quickly supply the leadership and inspiration requisite for the social, moral, economic, and political reorganization of the world.  The Urantia Book (2082.9) (195:9.4) 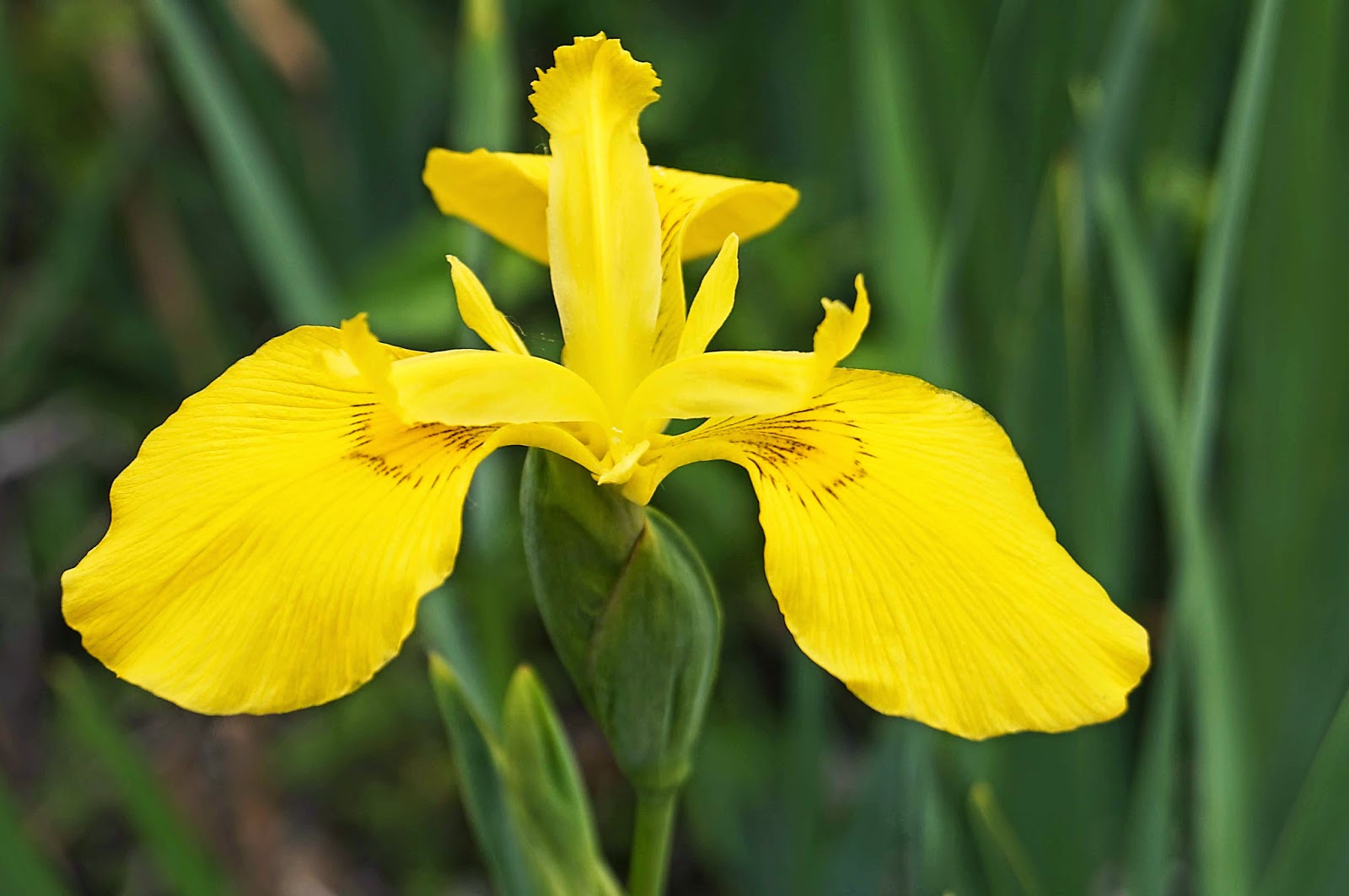 Betty Lou and I decided to fly into Milwaukee, rent a car and drive to Madison a day early so she could work on the symposium and I could work on my presentation.  I also agreed to pick up Margaret and her husband since they would be arriving about the same time; I had never met her before so all I had to go on was to look for two people with a lot of luggage.  I arrived at the airport before the others, secured the rental and hung out at the baggage claim area.  I soon had no trouble finding Margaret and Jake but not Betty Lou.  Sometime after her flight arrived and all the luggage had been collected I finally got a call from her; she had been waiting only a few feet away but somehow we had not noticed each other, perhaps it was a case of the blind looking for the blind.  Having gathered everyone together we found our way to the symposium site, which was about an hour’s drive away and only got lost briefly while attempting to find our way onto the campus.

It is always a joy to attend these meetings since we meet friends and form new friendships.  I talked with people from Peru, Quebec, Indonesia and elsewhere.  These casual conversations with Urantia Book students from all over are an important aspect of these meetings and emphasize the truth that we are indeed all brothers and sisters.

One afternoon I went for a walk with a camera to survey the surroundings; there was a boardwalk along the nearby lake.  Apparently some red winged blackbirds had a nest with young near it because they were most upset when I walked past.  The yellow iris was growing right next to the boardwalk.  Back at the dorm, we walked past a bed of red peonies every time we went to and from our rooms. 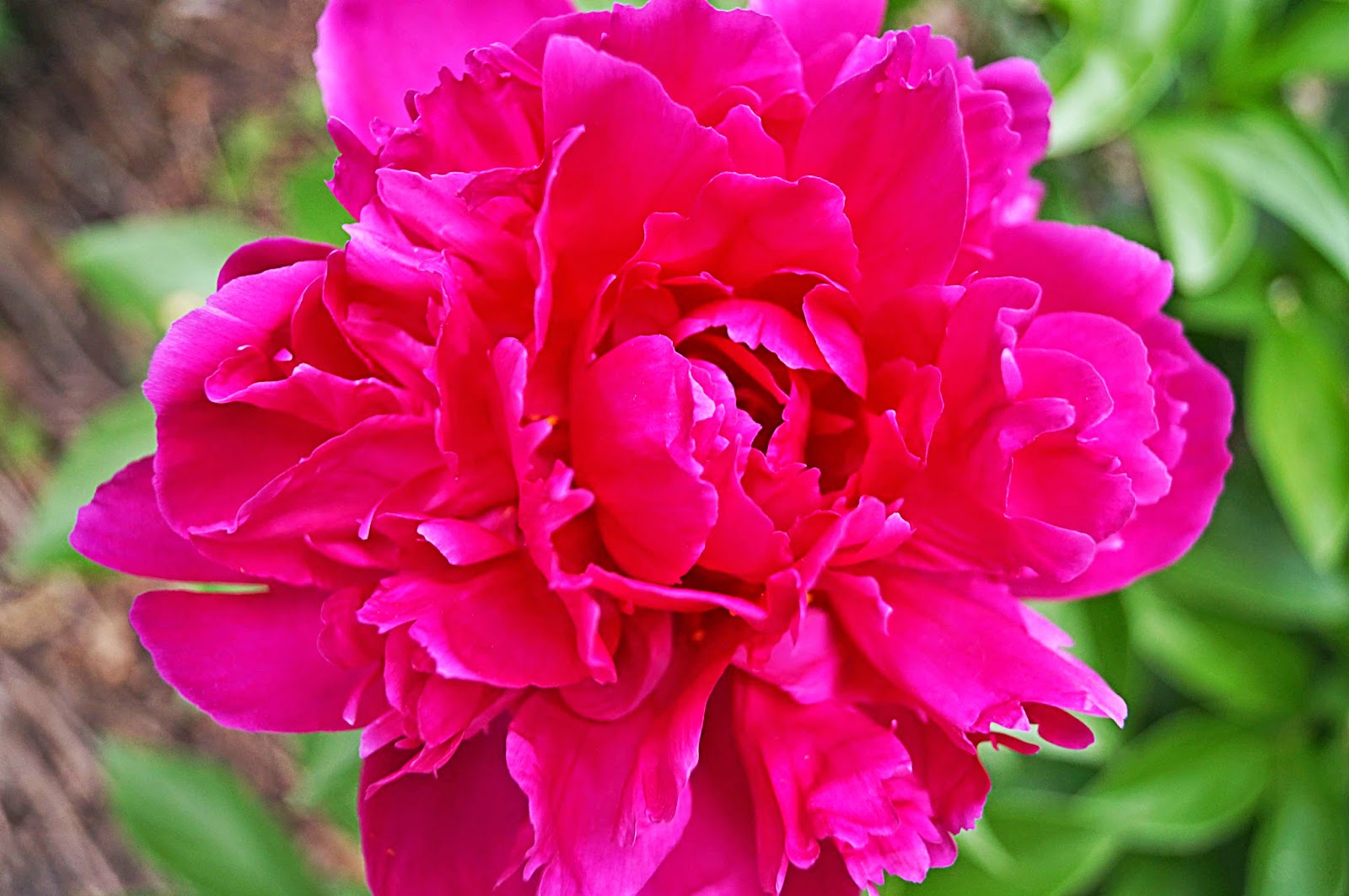 
The symposium was designed for Urantia Book study group leaders and was well attended; there were about eighty attendees from several countries.  After registration on Wednesday, sessions were held each morning and afternoon for three days as well as half a day on Sunday.  For each session there was a plenary presentation after which we were divided into breakout groups for discussions.  It would be difficult to describe these sessions so there is a link below to the presentations, my presentation was Saturday afternoon so it is listed on the second page.  Most start with a video followed by an introduction and the presentation.  There were also several other videos including one on the Publication Mandate, a slide show of study groups around the world and beautiful inspirational videos that had stunning pictures of our beautiful planet.


Saturday evening there was a piano concert by Bob Solone; he gave a memorable and entertaining performance even though the electric piano he used was not worthy of his talents, for some reason a better one could not be obtained.  This was the second time I have heard him perform and both were enjoyable; his performance at the Kansas City conference last year was a highlight of the entire meeting.  Sunday morning, after a final plenary presentation there was a moving closing ceremony in the chapel where we were empowered to return to our study groups: “You are the light of the world and the salt of the earth.” 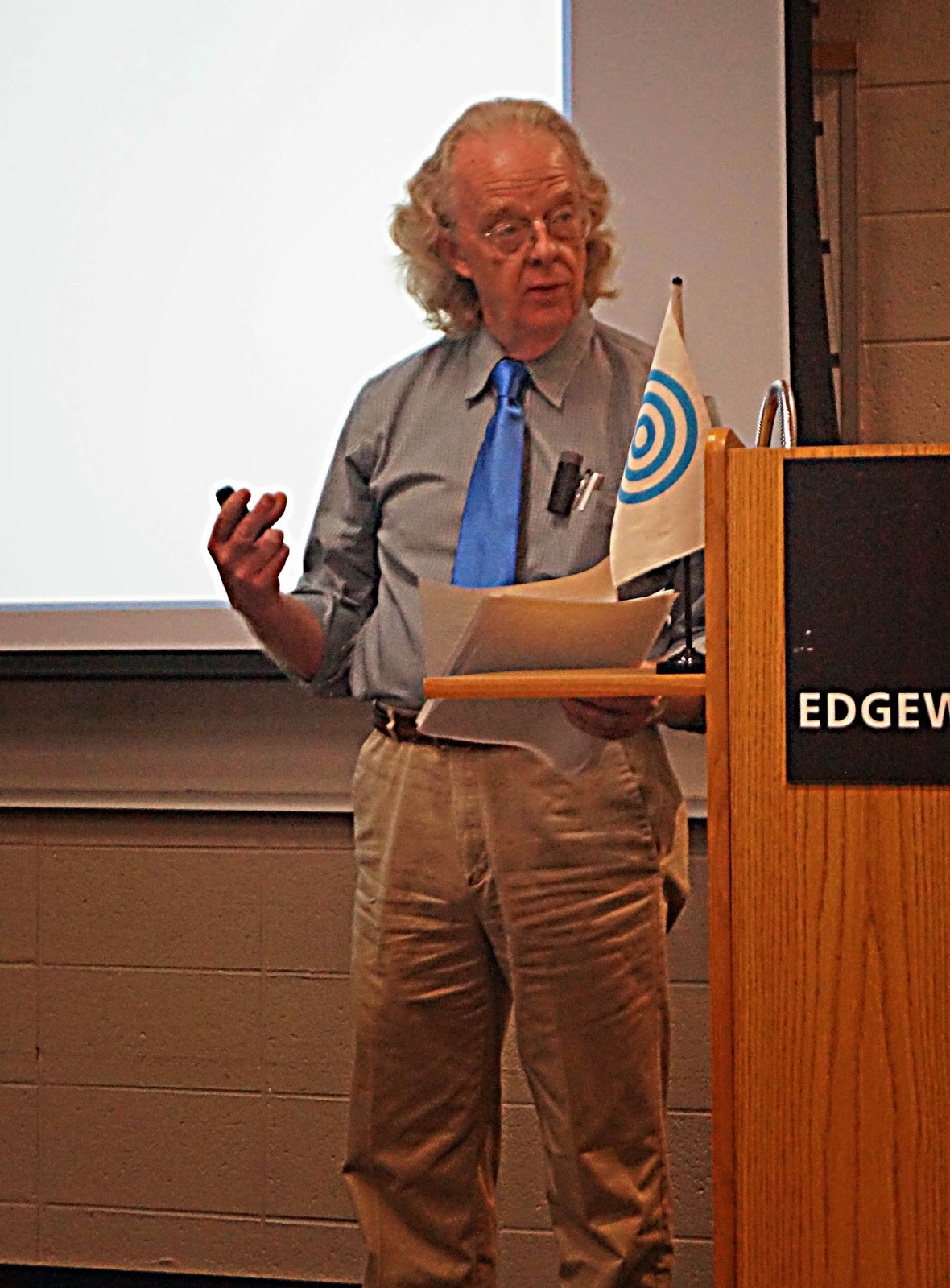 While preparing my presentation in the weeks before the symposium, over and over David kept telling me it was not long enough, that it had to be at least forty minutes long, the first version was about fifteen.  Those of you who know me know that even five minutes is a long speech for me, but forty?  After weeks of struggling I finally got it up to nearly forty minutes.  But then, the night before it was to be given David said never mind, it has to be less than thirty minutes.  Thanks a bunch!  So David, Betty Lou and I were up past midnight chopping of ten minutes off the presentation.  My final copy looks as if it were the subject of an attack by a mad pen wielding fanatic.


The next morning before the first plenary they called on three people, including me, to come to the front of the hall and describe their experiences using the study group portal.  This was a total surprise to me and as I stood in front while the others were relating their experiences I was shaking all over.  I did have positive experiences to share with the group but I thought that my nervousness would be noticeable.  Afterword I told David and he said it was not apparent to him and he was looking for signs of my nervousness.  This brought me an insight on the way to my presentation: that it is OK to be nervous being in front of a room full of people, that is natural; but it is not OK to be nervous because you are nervous, allowing your fears to feed on themselves.  That may not make much sense, but it did help me.  In addition to this, before the presentation two different people gave me similar advice: just before speaking look over the audience and say a silent prayer for them.

Anyway, it seemed to go well. 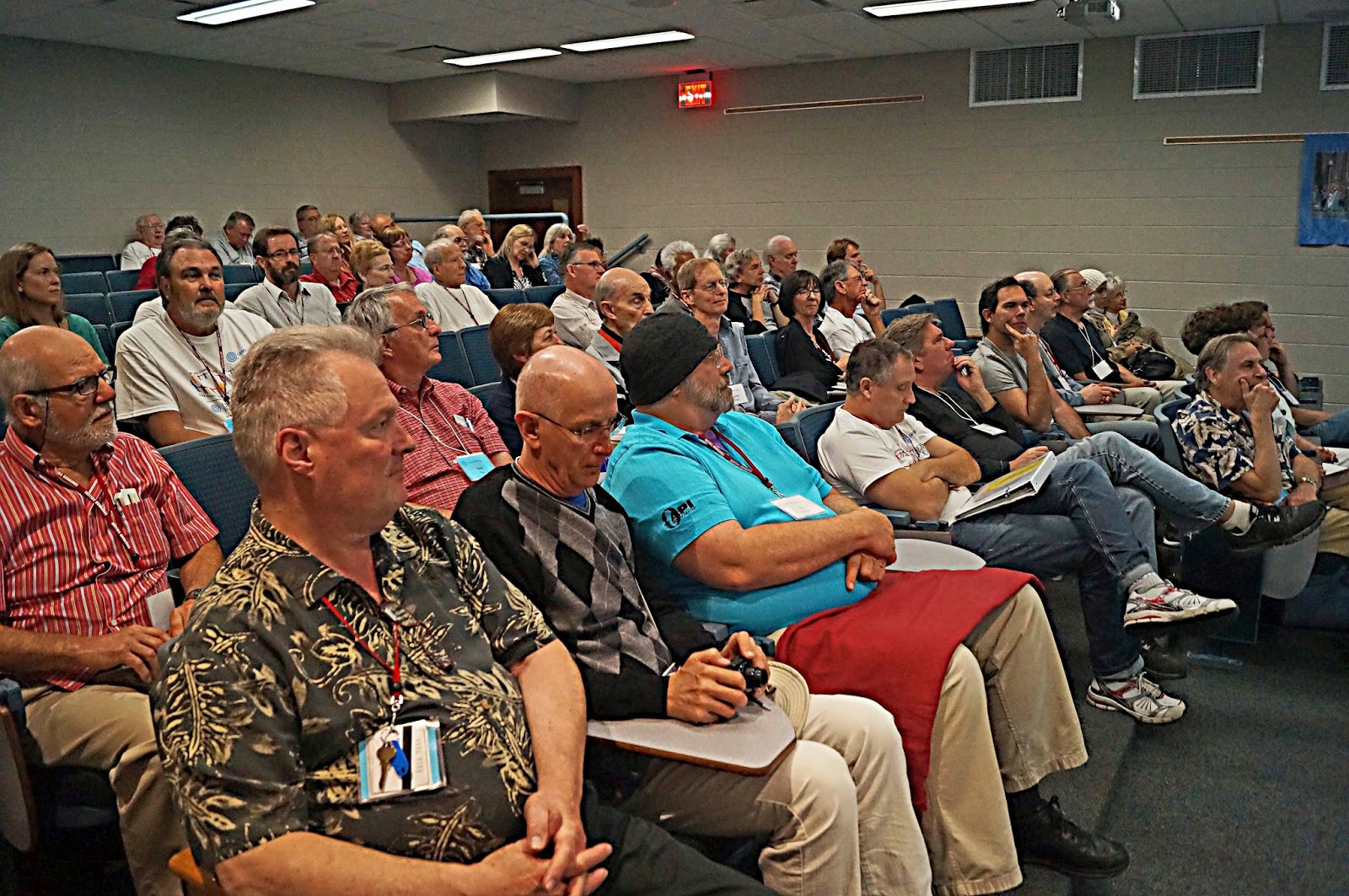 
There were two screens in the front of the auditorium; pictures of various study groups I have visited were displayed on one while occasionally there were quotations on the other.
The title of the presentation was “On the Road for Study Groups.”  In it Betty Lou was a Recorder Seraphim, Monepitia, as well as a reporter for the Jerusem Broadcast service; the presentation was a dialog between us about my experiences with study groups; she was to take the information back to Jerusem for universe broadcast.  The format was appreciated and well received.


When I get on the road again visiting study groups I am prepared to give the presentation if requested; naturally I will need an assistant to play the part of an angel.

The final two slides summarized my study group observations, which are that they should:
Have an effective leader who maintains control
Stay on topic and involve everyone
Have a social period before or after the meeting
Have a prayer or worship segment
Where to start reading depends on group
Live the teachings in order to attract new readers
Allocate some time to discuss the transformation from belief to true faith
Have a buddy system for new readers
Prepare questions and discussion points in advance
Register on Study Group Portal
Engage in community service projects
Conduct regional mini conferences
Announce the paper beforehand, assigning each section to one person for discussion
Fight reading-groupism

By reading-groupism I mean the practice of merely reading the words without feeling and without seeking the deeper meaning of the message; in the presentation I said these groups act as if they were reading a grocery list. 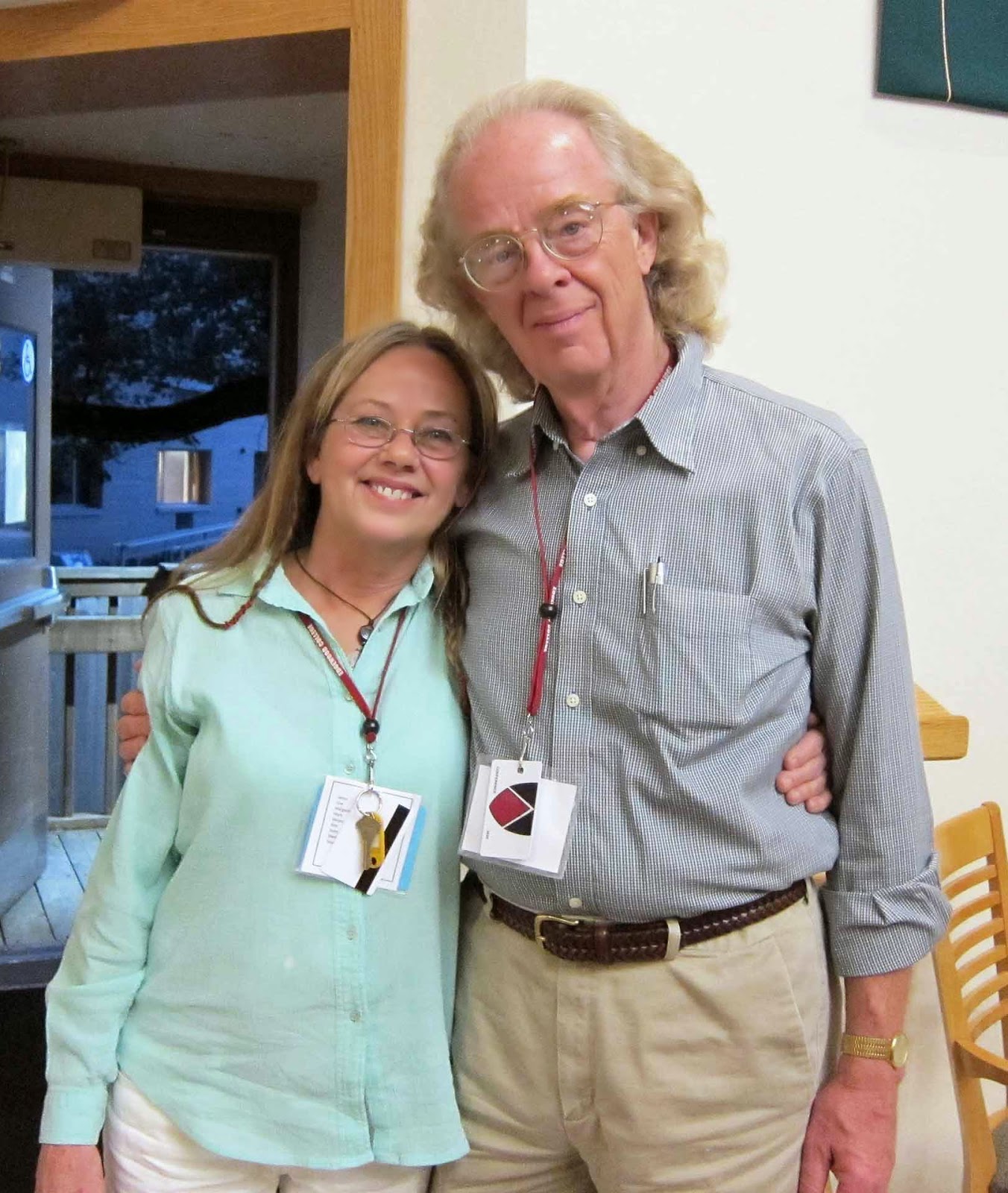 While religion is exclusively a personal spiritual experience — knowing God as a Father — the corollary of this experience — knowing man as a brother — entails the adjustment of the self to other selves, and that involves the social or group aspect of religious life. Religion is first an inner or personal adjustment, and then it becomes a matter of social service or group adjustment. The fact of man’s gregariousness perforce determines that religious groups will come into existence. What happens to these religious groups depends very much on intelligent leadership.  The Urantia Book (1090.10) (99:5.1)

All blog photographs by Doug Cable unless otherwise noted.