I plan to leave my summertime parking space in southwestern New York State and hit the road later this week so now is a good time to get a blog out.  Since the last posting there has not been a lot going on but it has been fun watching the critters as they wander through the campground, some of whom are shown below.  I did drive to Columbus, Ohio to attend a Michael’s birthday celebration; another day I visited the Chautauqua Institution with two nieces.  Let’s get started.

The quotations are from the section we studied as part of the Columbus gathering.

Even on normal evolutionary worlds the realization of the world-wide brotherhood of man is not an easy accomplishment. On a confused and disordered planet like Urantia such an achievement requires a much longer time and necessitates far greater effort. Unaided social evolution can hardly achieve such happy results on a spiritually isolated sphere. Religious revelation is essential to the realization of brotherhood on Urantia. While Jesus has shown the way to the immediate attainment of spiritual brotherhood, the realization of social brotherhood on your world depends much on the achievement of the following personal transformations and planetary adjustments: Social fraternity, intellectual cross-fertilization, ethical awakening, political wisdom and spiritual insight.  Urantia Book (597.3 – 598.2) (52:6.2 - 7) 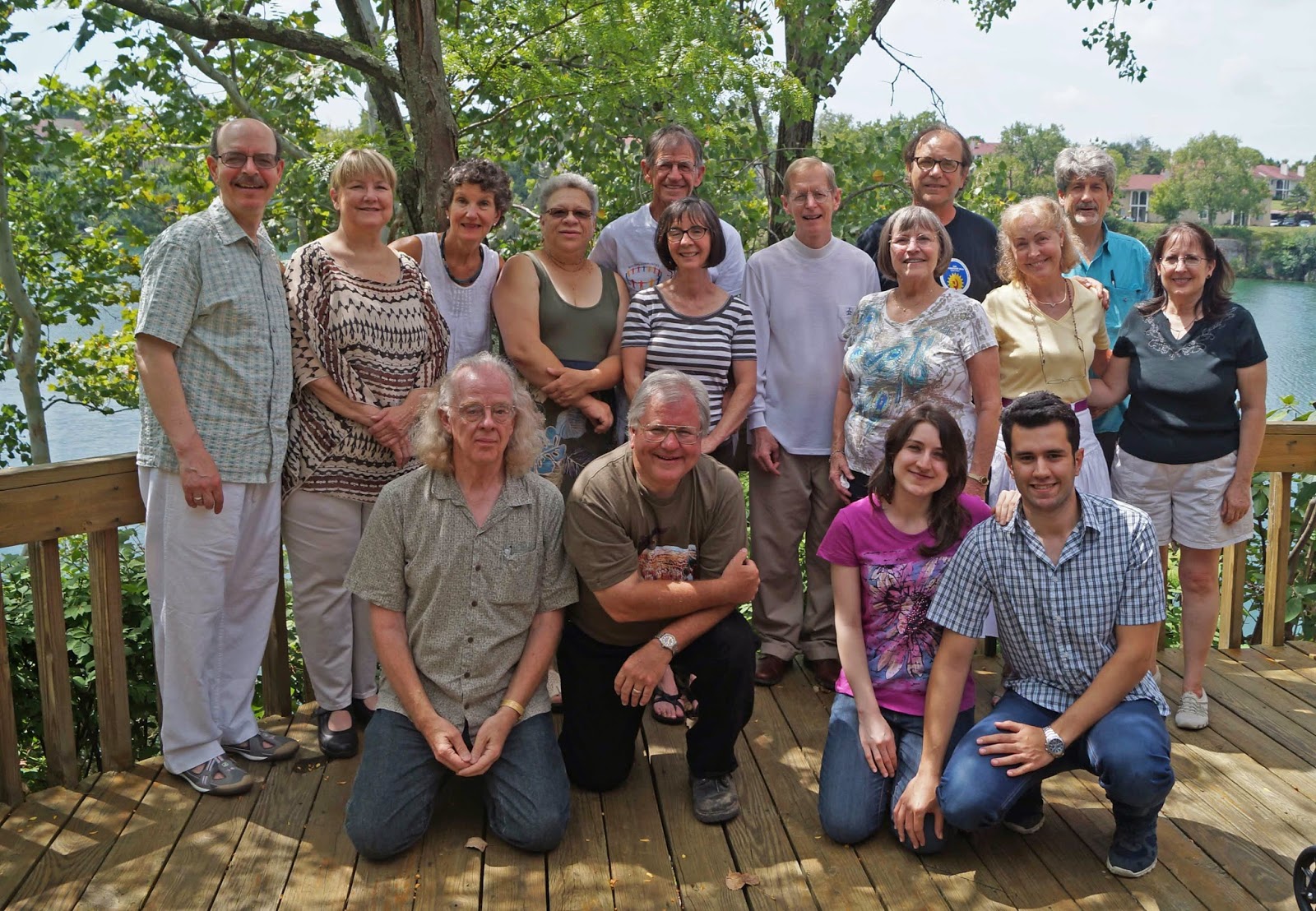 As the photograph shows, it was a joyous group that gathered in Columbus for the birthday celebration.  It is such a joy to meet these people, interact with them, share a meal, study the epochal revelation and even enjoy some casual guitar picking.  There were four more that had a previous engagement and arrived after the picture was taken.  The pot luck lunch included a variety of foods; there was even a fancily decorated cake with a candle that kept relighting itself.


As part of the study session we divided into groups to discuss each of the adjustment techniques listed in the quotation.  One question posed to the group was why the revelation itself was not listed.  It is not there because the revelation cannot perform any change on society as a whole, rather it does the transformations one individual at a time; it is the persons that are so transformed who move into society and initiate the necessary changes. 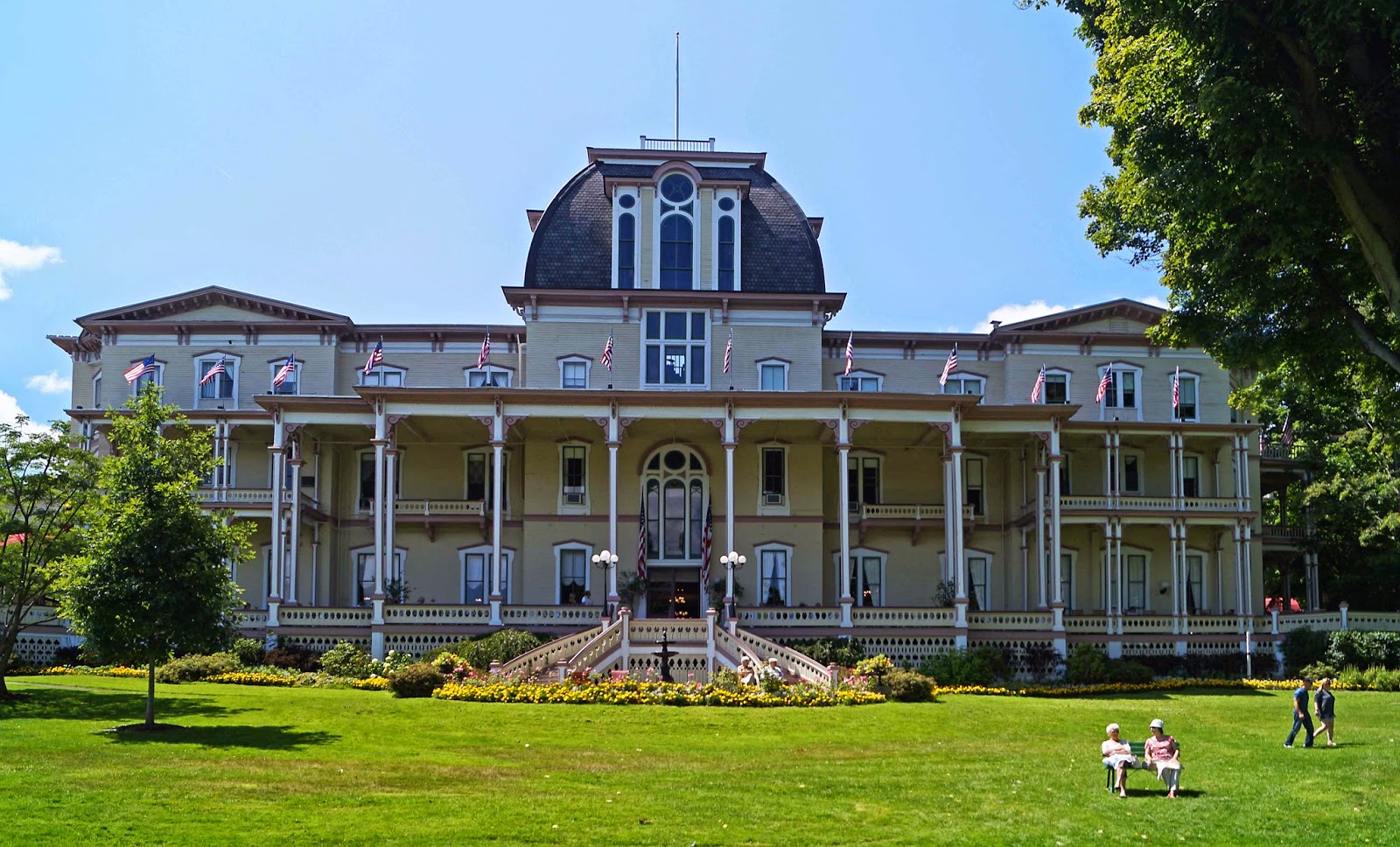 One fine sunny Sunday two nieces and I visited the Chautauqua Institution, located not far from the campground.  When the institution is in season there is a worship service in the open air amphitheater Sunday mornings; the day we attended the speaker was Rev. Cynthia Hale, who is the founding and senior pastor of the Ray of Hope Christian Church, Decatur, Georgia.  She gave an entertaining and inspiring talk; the theme of her message was “Don’t go tripping.”  There is no need for drugs to alter consciousness but the sermon was broader that the title and was well received.


After the service we walked (the streets are too narrow for a lot of cars) to the Fire House for a chicken barbeque dinner that we took back to the fountain in the center of the grounds.  They had nice red tote bags for the first 100 customers; naturally we were number 101, oh well.  We were able to enjoy the food while watching the people and taking in the sights of the beautiful grounds.  Following that there was a concert by several barber shop quartets in the amphitheater; it was billed as being a parade, but how can you have a parade when they were standing on the stage?  It was a glorious day altogether. 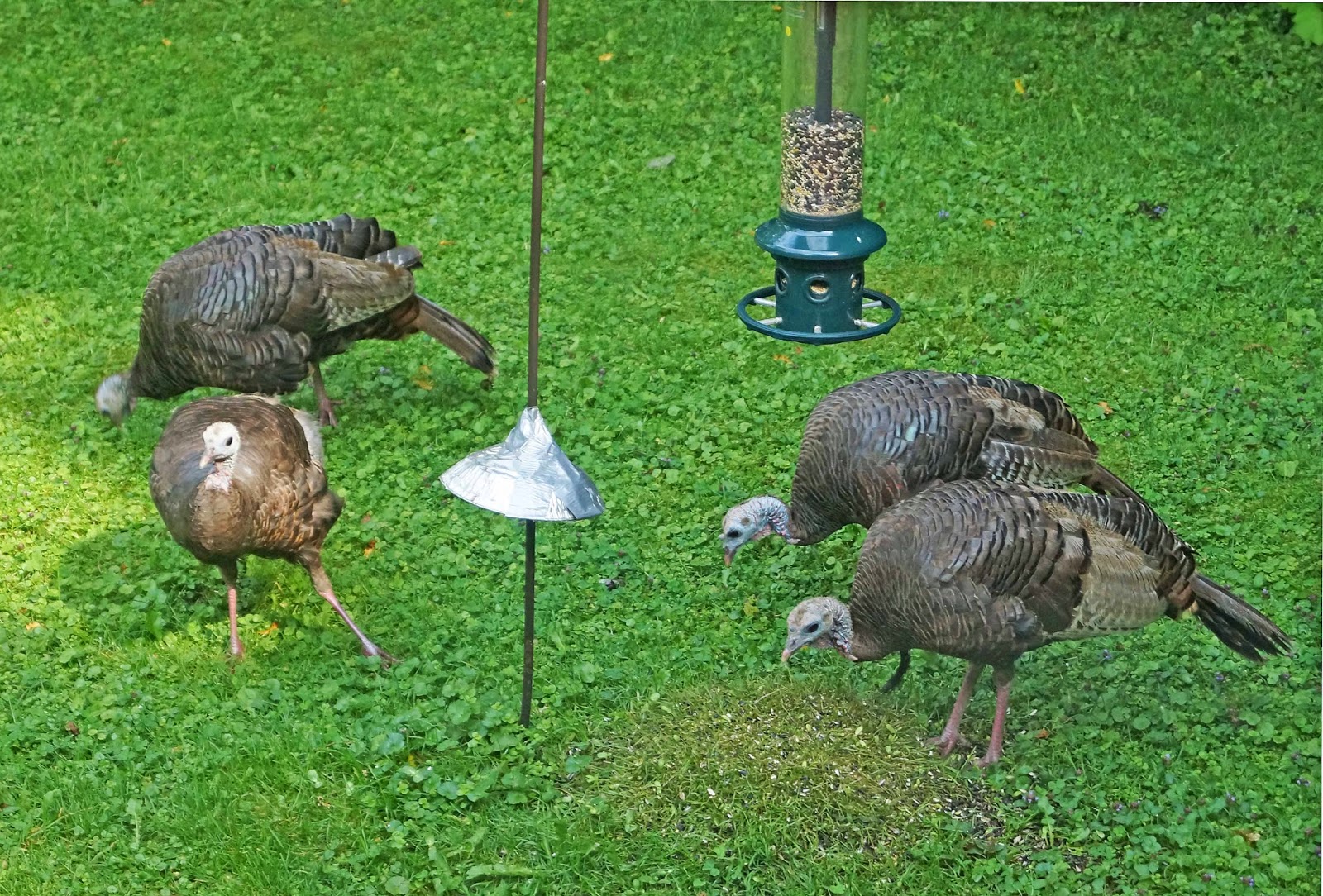 When parked for the summer at the Hidden Valley Camping Area near Jamestown, NY, the table where I generally sit to eat and work the computer overlooks my birdfeeder and the beautiful trees of southwestern New York State.  It is a joy to watch the various critters that go past, tending to their daily activities.  In case you are wondering, the aluminum plate on the post is to discourage chipmunks from climbing up and stuffing themselves silly with bird seed.  By the way, if you get grass when you plant grass seed, what do you get when you plant bird seed?  This summer I have seen red squirrels (see below), grey squirrels, black squirrels (but I understand they are really not black squirrels, see Wikipedia for example), deer with fauns, skunks including a large pretty one that was mostly white, woodchucks, turkeys and various other birds, including three types of woodpeckers.  There may not be many Urantia Book readers in the area, but it is certainly a glorious part of our beautiful planet, Urantia. 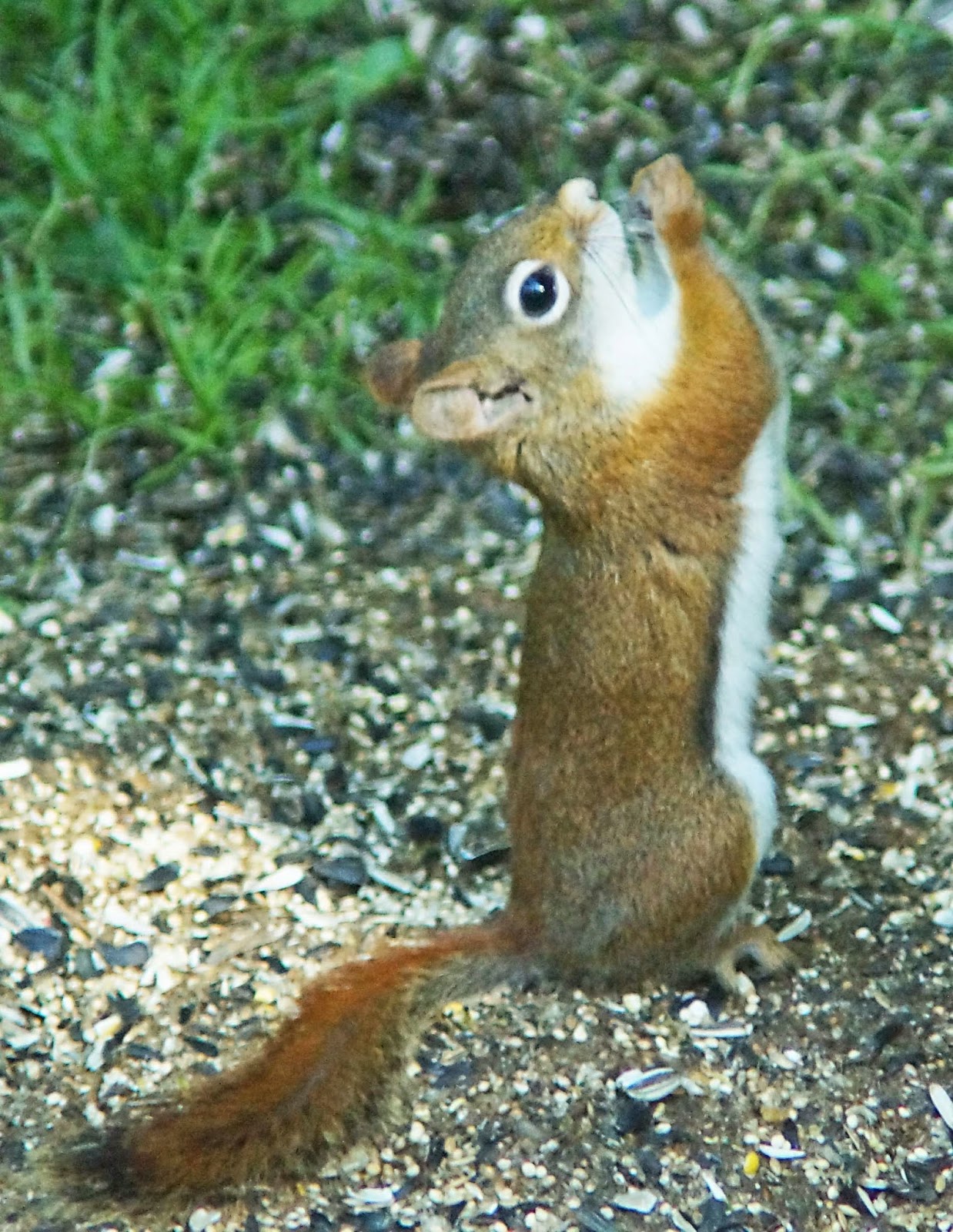 When seeds fall from the feeder, the squirrels and other animals like to scrounge underneath.  I have no idea what this red squirrel was trying to do, but he kept doing it, several times he even fell over backward.  The only thing I could think of was that he picked up a sunflower seed from the ground and was trying to get the food out; anyway it was interesting to watch.

If you could be transplanted from your backward and confused world to some normal planet now in the postbestowal Son age, you would think you had been translated to the heaven of your traditions. You would hardly believe that you were observing the normal evolutionary workings of a mortal sphere of human habitation. These worlds are in the spiritual circuits of their realm, and they enjoy all the advantages of the universe broadcasts and the reflectivity services of the superuniverse.  Urantia Book (598.3) (52:6.8)

All blog photographs are by Doug Cable unless otherwise noted.