# 18:  I am back in Dade City after spending a glorious week in Lake Worth on the lower east coast of Florida.  I visited with Betty Lou, explored the quaint downtown area of the town, attended the opening of an artist’s exhibition, walked on the beach with the bird lady and explored a bit of the Florida everglades.  On Sunday I was able to attend two study groups; tomorrow I hope to attend a study group in Orlando.  Then next Tuesday I will leave Dade City and start westward, planning to get at least as far as Louisiana so I can visit the wonderful people in Baton Rouge; I may even go on to Texas, stay tuned. 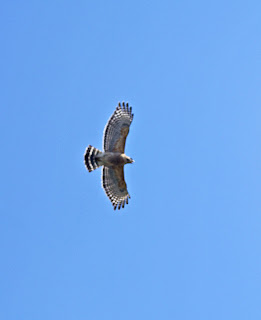 “You humans have begun an endless unfolding of an almost infinite panorama, a limitless expanding of never-ending, ever-widening spheres of opportunity for exhilarating service, matchless adventure, sublime uncertainty, and boundless attainment. When the clouds gather overhead, your faith should accept the fact of the presence of the indwelling Adjuster, and thus you should be able to look beyond the mists of mortal uncertainty into the clear shining of the sun of eternal righteousness on the beckoning heights of the mansion worlds of Satania.”  The Urantia Book (1194.1) (108:6.8)

A brief explanation is in order for those who are not readers of the Urantia Book (hello Casey).  The Adjuster, or Thought Adjuster, is a part of God that resides within each normal minded human being.  It is the interaction between the Adjuster and the human mind, based on our free will choices, that brings into being our potentially eternal soul.  Satania is the name of the local system to which our planet, which is called Urantia in universe records, belongs.  Finally, the mansion worlds are where we are repersonalized or resurrected after we pass on from this world. 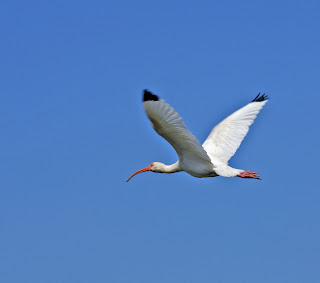 About the only event of note since the last blog was the trip to Lake Worth on the east coast.  I considered pulling the Wyoming (my fifth wheel) but I was unable to get a reservation in any nearby campground so I just drove the Monster (Ford F350).  I hope to plan earlier next year and be able to take my “house” with me. 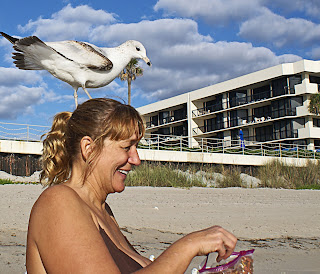 There is a fine beach on the ocean, many days I would park there and walk the beach or sit under the trees writing emails to people up north, rubbing it in about the weather as the temperature was in the low eighties and there was a gentle breeze.  One day I accompanied the Bird Lady (aka. Carroll Ann) as she communed with the birds.  I do have one picture of me with at least one pigeon on each hand and a seagull on my head, I might use it next time but I have enough pictures for this posting already.  In Lake Worth there was also a park where I was able to do my power walk around a small lake.  One day I went to a nearby park at the edge of the Everglades.  They were having a small festival about the parks and conservation but I went for the opportunity to explore the area.  The pictures of the Red Shouldered Hawk and White Ibis above were taken on this day. 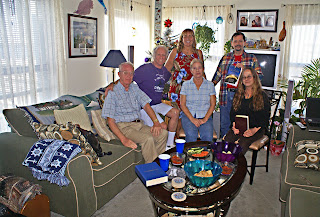 On Sunday Betty Lou and I went to a study group at Carroll Ann and Dave’s shown above.  (By the way, yes that is the top of a Christmas tree in the corner; one year Lamar and I had a tree and we kept it up until Chinese New Year.)  During the meeting we read starting at Paper 112, Personality Survival, but with the discussions we only read a few pages.  Right after that meeting all of us drove to the next meeting that was over an hours drive away.  Kathy and I rode with Betty Lou; we stopped halfway there at Whole Foods to pick up something to contribute to snacks for the meeting, when we got out of the car Carroll Ann, Dave and Jeff (I hope I have his name right) were right ahead of us.  None of us knew the others were stopping at that store. 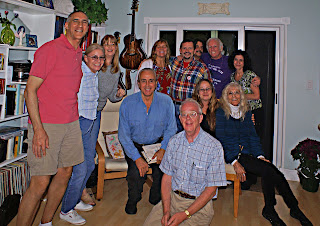 At Kurt and Sheryl’s we read from Paper 155, Fleeing Through Northern Galilee the section where Jesus discusses true religion.  I think this blog is long enough already so I will close with a short quote from the section we read.
“The religion of the spirit [true religion] means effort, struggle, conflict, faith, determination, love, loyalty, and progress.  The religion of the mind—the theology of authority—requires little or none of these exertions from its formal believers.” The Urantia Book (1729, 6) (155:5.11)